Ripping off the Band-aid, bipolar style

Posted on September 27, 2013 by Steph on Bipolar Ave
Disclaimer: I actually wrote this post back in July. So much has happened during the time I got the courage to hit the publish button. Stick with me while I ease into this and get you up to speed.
Alright, so let’s get to it. I’ve only told my close family and boss but what the heck, let’s jump right to the entire blogosphere. I’ve always been a rip-the-Band Aid-right-off gal, so here we go.

I have bipolar disorder.

I’m not yet sure what the “politically 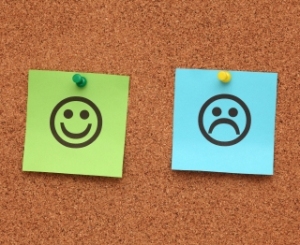 correct” wording is but am pretty sure either is accurate.

I was officially diagnosed in July.
There was no denial. I knew I needed help.  Due mostly to a recent bout of mania (we’ll get to that later) that I hadn’t yet buried into the deep crevices of my mind along with the other “crazy times.”  I thought maybe I was having super bad hormones. I hoped.
If you’ve already stumbled upon my blog, you’re someone who already has bipolar disorder – or think you might – or are just plain curious about “issues of the brain” or perhaps just a tad nosy.

Any of the above is fine. My hope is that this blog will tackle stigma – one uninformed person at a time – give solace to others with bipolar disorder, and, selfishly, provide this bipolar writer with an outlet – someone, OK something to “talk” to besides my doctor or therapist. And God knows my husband and mother don’t need to hear everything, even if they don’t admit it.

I am so grateful to others who have “come out” with their books, blogs and articles. They are few and far between, really. But I have clung to their words dearly.

So let’s see, so far I have shed a half ton of tears, thrown things, and now, simply wobble between sadness and the horrible feeling that my control-freak self ain’t really so much in control. Oh, and fear. Total fear of telling anyone – what they will think, what they will say (or how I will react), and other things I’ve convinced myself I haven’t thought of yet.
Some people may ask, why not just keep this hush hush or blog anonymously? Good question. I may still do that. For me, though, writing is therapy. It always has been. I have to believe that being a writer, along with having bipolar disorder, has been in some greater plan all along.

About Steph on Bipolar Ave

Live to Write - Write to Live

We live to write and write to live ... professional writers talk about the craft and business of writing

After the Final Curtain

igniting the dream inside you